Mike has served as pastor/teacher of Shoreline Community Church since its inception in November 2006. Before becoming pastor of Shoreline, he served 10 years as Pastor of Christian Education in a large non-denominational church overseeing both Children and Adult Ministries. Mike is a graduate of the Liberty Home Bible Institute in Lynchburg, VA and the Moody Bible Institute in Chicago, Ill; he has served in full-time ministry as a pastor for over 25 years, ministering in only two churches during that time.

Before entering full-time ministry, Mike served on the Awana Advisory Board for Northern California and later North Central California.  In 1995 he and his wife Cheryl became Awana Missionary Appointees before entering full-time ministry as a pastor in 1996.  Starting when his children were young, Mike has served in various capacities in the Awana ministry for over 36 years.  He is also one of the few people in America to be designated an ACS (Auxiliary Clergy Support) Chaplain by the United States Coast Guard.  Mike serves as Chaplain on a regular basis to seven of the ten Coast Guard stations located in Sector North Bend.

Mike is a people person who loves the Lord, loves his family and the expository teaching of God’s Word. He is an avid reader and enjoys all kinds of sports.    Mike and his wife Cheryl have been married for over 45 years and have three grown children. The couple has enjoyed life on the Oregon coast for the past 25 years and has no plans of leaving.  You can reach Mike at pastor_mbarnard@hotmail.com or 541-297-1571.

Dave started ministering many years ago as an evangelist on Skid Row in Los Angeles.  Dave has ministered to the Coos Bay area for more than 25 years now and loves our community and it’s people.  Dave’s love for people and rich prayer life is reflected in everything he does.  Dave has a local television ministry on Spectrum channel 192 and a radio ministry that is broadcast on 98.1 FM.  More recently Dave has been serving as an elder of Shoreline Community Church until he joined the church staff as our Pastoral Care Pastor in 2021.

Jessie is a 2011 graduate of Liberty University in Lynchburg, VA.  She has served in various leadership roles in Children’s Ministry, Awana and in Student Ministry for over a decade now.

During her four years at Liberty, Jessie served in Student Ministries at the 20,000-member Thomas Road Baptist Church.  Jessie’s years of ministry experience have

uniquely prepared her for directing our Shoreline Community Church Children and Student Ministries today.  Jessie personally disciples many of the students that she works with. Jessie also serves as volunteer Chaplain for the North Bend Police Department.  Jessie’s partner in the picture (Hondo) is the North Bend Police Department Chaplain Dog; the kids at Shoreline love Hondo!

Jessie loves her kids, is a huge Green Bay Packer fan and finds great pleasure in helping her students come to a closer relationship with Jesus Christ!  Jessie has served on Shoreline’s staff since 2012.

Stef Ahlers was born in North Bend, to the Bigelow family back in ‘66. She, her parents, and 4 siblings (one is a twin) moved to Connecticut in 1979. There she graduated from New Milford High School, class of 1985. Upon graduation she went to Cincinnati Bible College & Seminary where she earned a Bachelor’s Degree in Music. In 1992-93 Stef did her music ministry internship at Southeast Christian Church in Louisville Kentucky, one of the largest churches in the country. While in Louisville, she was able to be in a worship band, a Christian rock band, travel to England, Jamaica, Cuba, and Ethiopia on mission trips and perform at various churches and conventions throughout the country. In 1996, Stef took a music directorship at a church in Sweet Valley, Pennsylvania. There she helped develop the worship services and music ministry at a church of just under 300 congregants. In 1999, Stef moved back to Coos Bay, where she lived with and assisted her grandmother for 2 years. Kingsview Christian School hired her as a teacher where she taught for five years. She met her husband and got married in 2001, and they adopted their daughter, Katie, in 2005. Throughout the years Stef has been a homemaker, homeschool mom, recorded a CD, tutored children, been a home health care worker, and is now serving as worship director at Shoreline. She loves traveling, music, camping, reading, the outdoors, hanging out with her family and friends, and most of all JESUS!  Stefanie came on staff at Shoreline in 2021. 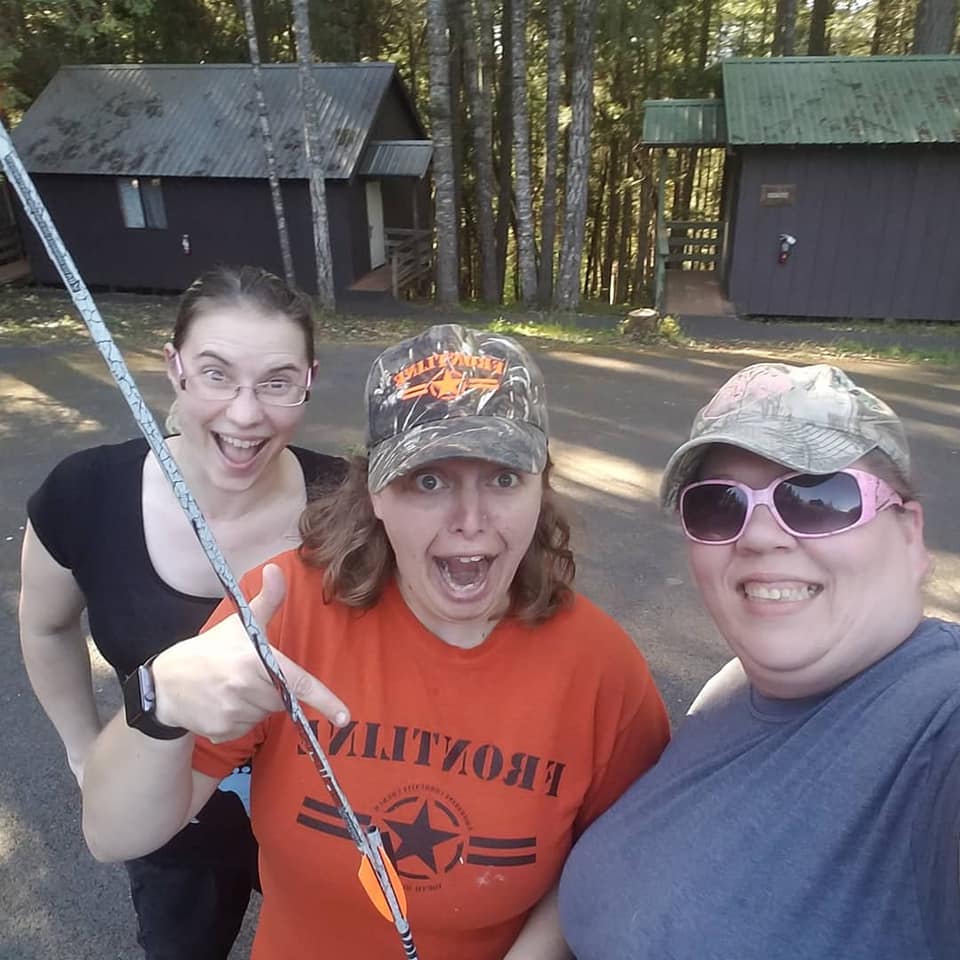 Tara is a gifted administrator who stays extremely involved in ministry, she is a big part of our Media Ministry for those who are watching online.  Tara has been our Administrative Assistant at Shoreline since 2019.  Tara and her daughter Michaela enjoy the outdoor life of the Oregon coast
Buddy Williams:  Sound Coordinator
Buddy Williams joined the Shoreline staff in January 2022 bringing with him a wealth of knowledge and experience in music and sound.  Buddy is a team player and is responsible for overseeing and developing our sound ministry.

Dale comes to us from Utah. In June of 2020, Dale retired from the federal government where he spent 32 years as an aircraft mechanic; 21 of those years serving in the Utah Air National Guard.  Dale retired in 2010 from the Air Guard at the rank of Master Sergeant.  The last ten years he worked depot level maintenance at Hill Air Force Base in Utah.  Since coming to Christ in 2010, Dale’s had opportunities in ministry to lead a Bible study at the Ogden Rescue mission, leading the chapel service there once a month.  Dale has spoken several times at his previous church home and was involved with a men’s ministry group that brought speakers to the Salt Lake City area.  Dale is actively involved as a leader of our Men’s Ministry at Shoreline and very involved in his Bible study group here.  He loves the outdoors, is a good cook, likes to tell stories, to write, and has a servant’s heart for helping others. Dale has 3 grown sons, and is a brand new Grandpa.  Dale joined the staff at Shoreline in 2021.

Denise is the bookkeeper of Shoreline Community Church and does a fabulous job. Denise has been a volunteer on staff at Shoreline since 2015. Shoreline has an independent reviewer come in each year to review our books and make sure our bookkeeping is done correctly. Denise has received many glowing reviews. Note: At Shoreline Community Church, any regular attender or member can request to see the church books and has full access to them at anytime. The only thing we will not divulge is what individuals give, that is between them and the Lord. We at Shoreline are grateful to have Denise as part of church staff.